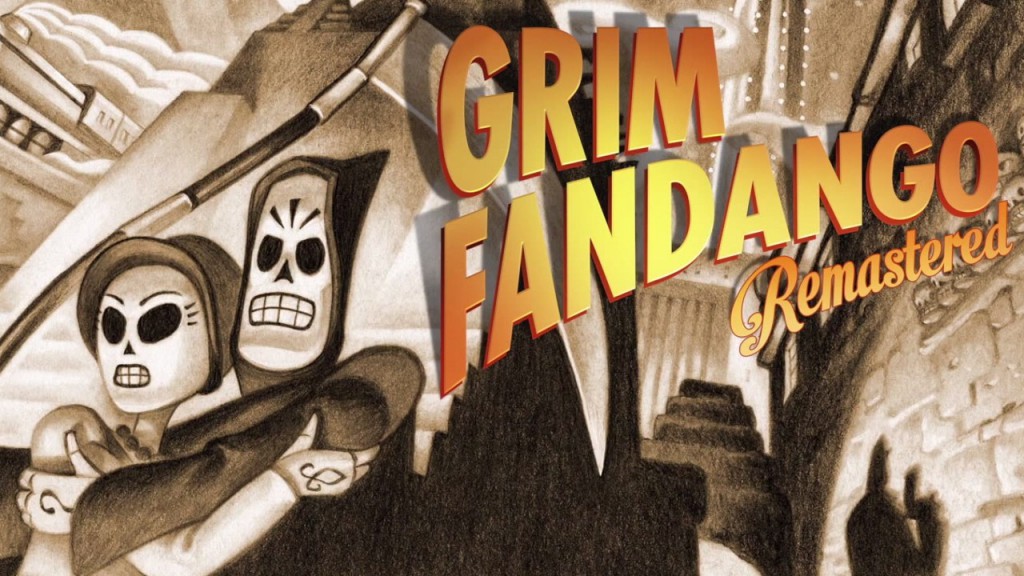 I’ll be the first to admit it - point and click adventure games have never ranked highly on my priority list. Their slower paced nature and often frustratingly difficult puzzles have always put me off and it usually takes a rare gem to have me see a story through to the very end. While there are obviously a few exceptions (The Walking Dead), it seems I’ve missed out on a wealth of what many claim could be genre defining experiences. Perhaps one name that pops up more than others is Grim Fandango, a weird point and click adventurer that has recently been revisited on PS4 and Vita. Has this much loved puzzler changed my mind on the genre?

Grim Fandango sees you controlling Manuel “Manny” Calavera, a travel agent working for the Department of Death, a company that specialises in dealing with transporting recently departed souls over to the Ninth Underworld. If you were good when you were alive you’re rewarded with better, quicker modes of transport to get to your final destination. It isn’t until his latest client, Mercedes “Meche” Colomar shows up that he soon discovers the corrupt nature of the company he works for.

Grim Fandango so effortlessly combines elements from the Aztec style belief of afterlife along with stylish aspects of film noir to create what is easily one of the most memorable and interesting settings I’ve had the pleasure to visit in a game. Everything from the characters and their accents to the general tone of every environment you encounter or even the outstanding soundtrack.

The game takes place at four specific points over four years, each full of fresh environments, characters, items and puzzles to solve. How long you spend in each year is dependent on how quickly you’re able to figure out these puzzles. Of course for returning fans things should be much easier which will either disappoint those wanting some new content or excite those expecting a faithful version of the old game.

In the original version of the game, Manny controlled in a similar fashion to that of a Resident Evil game – like a tank. That option is available here for those who want the full experience (or the gold trophy attached to it) but also included is a newer handling system that feels far more comfortable to use.

Unfortunately as is the case with games of this genre, some puzzles can prove far too difficult to figure out naturally. While I appreciate solving problems that require me to think a little, what I don’t enjoy is wracking my brains and resorting to trial and error in the hope of finally getting lucky with a puzzle that in reality doesn’t make much sense. I could go on to a list a number of situations where this happened to me but let’s just say I had to resort to using a guide more than once. Something like this could be remedied with a simple hint system to at least nudge you in the right direction when you do become stuck.

While there’s no such luck when it comes to a hinting system, one really neat addition is the developer commentary track that pops up throughout the game’s lengthy campaign. Constantly amusing and always interesting, hearing stories, facts and memories from over a half dozen key creators, including designer Tim Schafer is a treat you rarely see in games of today. While I myself found the information entertaining, I’d imagine a long-term fan would truly benefit most from this.

Grim Fandango Remastered is a decent re-release and one of the better point and click adventure games that’s wondered across my path in some time. While the visuals are a little hit and miss and the puzzles themselves difficult to the point of unexplainable frustration, it’s the solid story and brilliant voice acting help sell this fantastically unique tale.

Summary: While not a perfect remaster, Grim Fandango is as good a chance as any to experience this 90s adventure... just make sure you bring along a guide.