Dead or Alive 5 Last Round Review 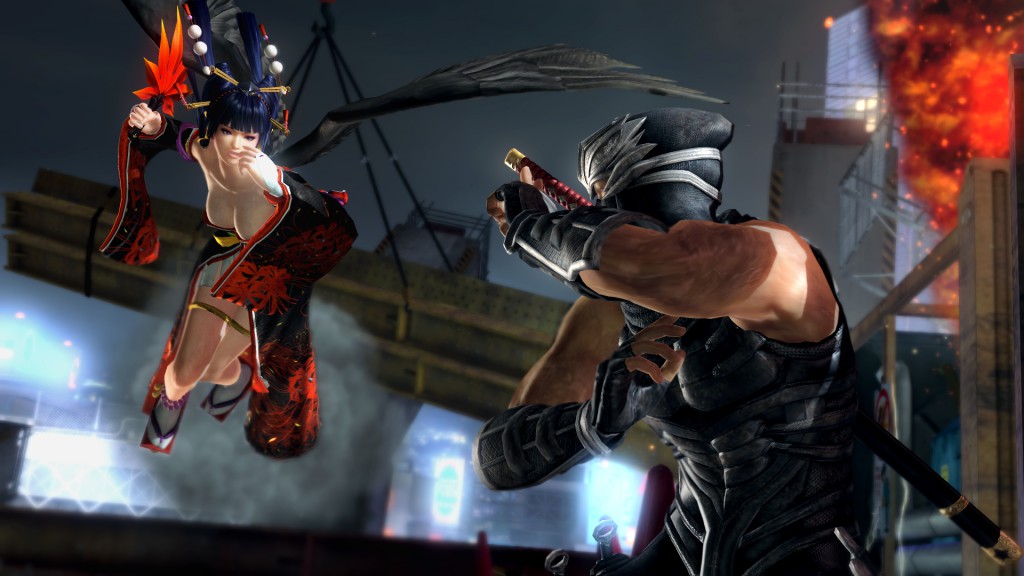 The fighting genre is a rather interesting one. On one hand, you have the enthusiasts who thrive on deep systems, mastering move sets and out-shining their equally skilled opponents. On the other, you have the more relaxed crowd, the ones who might pick up a few handy manoeuvres throughout their time with the game, but when it comes down to it, mashing buttons in a controlled frenzy works for them too. I fall into the latter grouping. Fortunately Dead or Alive 5: Last Round appears to offer enough satisfaction for both these camps, despite its somewhat unhealthy representation of women.

Mention the Dead or Alive series and chances are you’ll hear responses that include sexy women, boobs or a combination of sexy women with boobs. While those people wouldn’t exactly be far off the mark, it’s also a series whose fighting system continues to deliver both depth and simplicity in a tightly wound, fun package. Take the game’s rock, paper, scissors style relationship between strikes, holds and grabs – a mechanic that rewards those able to time a counter and react instantly to certain tells from their opponent. That said the game’s simple high, middle and low attacks mean newcomers can ease into the swing of things, picking up enough “strategy” that you feel like you really are in control rather than mindlessly spamming buttons.

The game’s welcoming nature is none more evident than in its excellent tutorial options. Literally taking players from the very basics and working through to the game’s more complex and unique features it really is the best of its genre. Playing series like Street Fighter or Mortal Kombat it’s clearly a case of night and day between them.

Environments have always played a bigger role in the Dead or Alive series than most and Last Round is no different. Fighters can be pulverized against walls, trees and a whole assortment of solid obstacles you might encounter. Stages with boundaries meanwhile go so far as to allow those who persist to send their opponents plummeting down death defying drops. Power blows, special moves that trigger when you’re fighter is under 50% health, only serve to add further chaos to the mix often calling in crashed trains or a giant clown face.

Despite being a port of a last generation game, Last Round looks great, the visuals upgraded to run at 1080p and 60 frames a second. Character models look detailed and animate rather well, while the environments are packed with action in the fore and background. Deserts with sand rolling across the screen, circus tents with tigers leaping through rings and third world villages complete with rocket launchers and collapsing buildings to name a few. Unfortunately the audio consists of a mishmash of forgettable music and cringe inducing voice acting (fortunately these can be altered to their much better sounding Japanese counterparts).

The character roster manages to land all the usual suspects you’d expect from a fighting game. You have the ninja, the ex-military guy, the country girl, the sweet Japanese girl… you get the idea. Whereas series like Street Fighter and Tekken have introduced a number of characters that to this day still stick in my mind, Dead or Alive feels far more generic in its choices. When you can’t remember names and simply refer to a fighter as “the boxing one” you know you need to work harder to establish your characters.

So this brings us somewhat awkwardly onto what is probably my biggest gripe with the game - its general sense of sleaze. While the combat itself is solid and certainly plenty of fun, it’s a shame it’s all sullied by too big a focus on its women in questionably perverse outfits as well as a bundle of grossly priced extras. Just looking over the names of the packs available on the PlayStation Store is enough to make you roll your eyes – bunny, bath time and nurse outfits to name but a few. It’s also tough not to be swept away in the sea of confusion that is the game’s downloadable content, the number of items totalling in at well over three hundred extras. These include fighters, costumes, music, game modes and movies all of which have no real clear organisation or indication as to what is included in the full-priced version of the game and what is not. Various costume packs that cross over with others only serve to add further puzzlement to the mix.

Of course none of this is helped when you have an option that allows you to set the game’s boob physics (or “Jiggle Physics” as the developers have named it) to natural, DOA or off. Seriously, even writing this down, it’s hard to believe the game even has such an option.

In terms of content, the game delivers a good sum even if it is the standard sort of options you’d expect from a fighter. Arcade mode, time trials, combo lessons, survival, versus – all of which can be played in either single matches or as a tag team. As always online is available for those who lack a local buddy to join in the fun, although as it stands your quality of connection may vary between matches. A story mode is also thrown in for good measure but feels completely irrelevant thanks to a disastrous blend of uninteresting fights, uncharismatic characters and a boring story.

It’s also worth noting that a free “Core” version is available that contains four fighters and a small handful of modes. If you’re looking to buy the whole cast of characters and modes then it’s a far better idea to just buy the full product instead.

Dead or Alive 5: Last Round is a fun fighter and arguably the best rendition of the series’ fifth instalment we’ve seen. The gameplay is strong, the tutorials exceptionally well done and the visuals impressive but sadly this is all hurt by some disappointing modes (story in particular), poorly executed DLC and a quite frankly creepy focus on seeing women bouncing around in skimpy and fetish-like outfits.

Summary: Coated with a layer of sleaze you won't find in any other beat 'em up, there's still a good fighter buried beneath all the boobs and outfits.